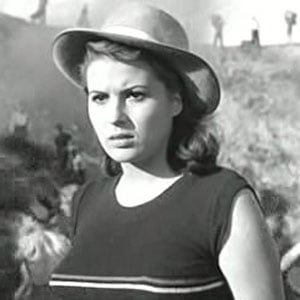 Popular actress who was married to famous producer Dino De Laurentiis for nearly 40 years, and appeared in Dune, which he produced.

She worked as a model to keep her family out of poverty, and won the Miss Rome pageant in 1946.

She gained fame for her role in the 1949 film Bitter Rice, which her husband at the time produced.

She had four children and her daughter, Giada De Laurentiis, hosted several shows on the Food Network.

Silvana Mangano Is A Member Of