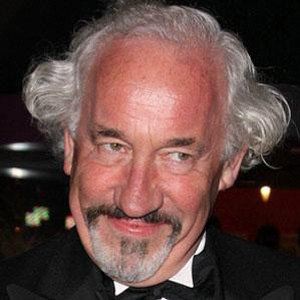 English actor who appeared in Four Weddings and a Funeral, Amadeus, and Ace Ventura: When Nature Calls. In 1998, he received a Screen Actors Guild Award for Outstanding Performance by a Cast in a Motion Picture.

He was active in the Northern Ireland's civil-rights movement while studying at Queen's University Belfast.

He was listed by the Independent as #28 on their list of Most Influential Gay Men and Women in the UK in 2007.

He was in a long-term relationship with director Daniel Kramer.

He starred with Patrick Stewart in a 2009 production of Waiting for Godot.

Simon Callow Is A Member Of