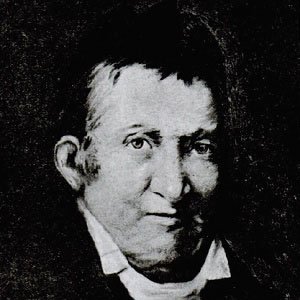 Remembered for his service during the American Revolution, the American Indian Wars, and the War of 1812, he is also famous for surviving torture by members of the Shawnee tribe and subsequently earning Shawnee respect and honorary tribal membership.

In his teens, he was involved in a brutal, romantic jealousy-driven fight with another young man and left the scene of the crime fearing that he had killed his rival.

In the late 1770s, he was responsible for saving frontiersman Daniel Boone's life.

The son of Irish immigrant Mark Kenton and the American-born Mary Miller Kenton, he grew up in Fauquier County, Virginia. Between his two marriages -- to Martha Dowden and Elizabeth Jarboe -- he fathered ten children.

Kenton and "Mad" Anthony Wayne fought together in the Northwest Indian War of the early 1790s.

Simon Kenton Is A Member Of