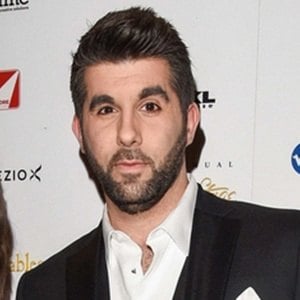 Musical theater and film actor who originated numerous roles in several West End musicals including the part of Nicky/Trekkie in Avenue Q. He played Lonny in the original London cast of Rock of Ages and appeared as Lead Man in I Love You, You're Perfect, Now Change.

He got his start in theater at an early age.

He is part of the Nativity film franchise, appearing in Nativity 3: Dude, Where's My Donkey? and Nativity Rocks!

He is featured alongside Daniel Boys in Nativity Rocks!

Simon Lipkin Is A Member Of