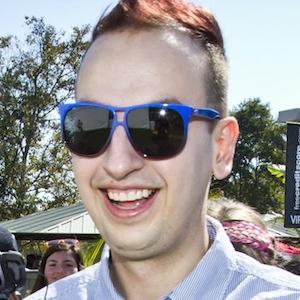 Video blogger and co-owner of the YouTube channel and website Eat Your Kimchi along with his then-wife Martina Stawski. Their channel has provided a lifestyle guide for living in Korea.

He became a full-time YouTube content creator after quitting his job as a teacher. He and his wife opened their own studio in Seoul after registering Eatyourkimchi as a company in 2012.

He and Martina became partners in a Korean coffeeshop that had a grand opening date of August 9, 2014.

He and Martina moved to Korea from Canada in 2008. In 2015 they moved to Japan. In February 2021, the two announced their separation on their eatyourkimchi Instagram account. He has two older half-siblings.

He often interviewed Korean pop stars, such as Eric Nam, on his channel.

Simon Stawski Is A Member Of