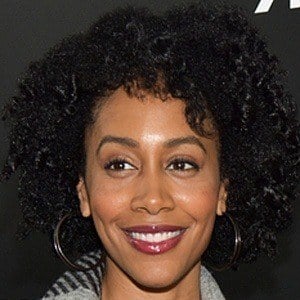 Television actress who guest starred on shows like Wayward Pines, Scandal, and Ray Donovan before landing the lead role of Misty Knight in the Netflix series Luke Cage opposite Mike Colter.

One of her earliest roles was in 2003 when she appeared in the film The Epicureans.

She studied English at Howard University, which is were she also found her love for acting.

She took master classes at British American Drama Academy in England, where she had the chance to study under Ben Kingsley, Alan Rickman, and Jane Lapotaire.

Simone Missick Is A Member Of