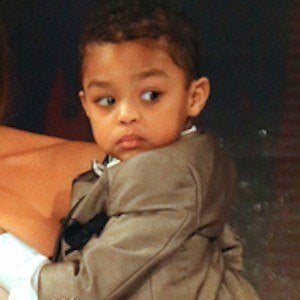 Son to legendary rap sensation 50 Cent. His mother, Daphne Joy, is also a renowned model and actress. He has over 70,000 followers on Instagram.

A young model, he was a toddler when he landed his first gig as a brand ambassador for Kidz Safe, a headphone company.

Sire Jackson Is A Member Of