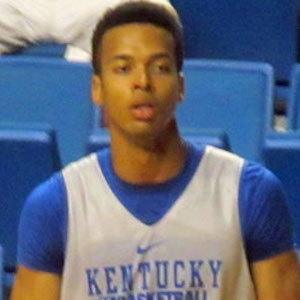 7-foot power forward/center who became one of the top recruits in the 2015-16 freshman class, committing to the University of Kentucky. After one year at Kentucky, he was selected 28th overall in the 2016 NBA Draft, joining the Sacramento Kings.

He began playing basketball at the College Canado-Haiten junior high school. He then played high school ball at Evangelical Christian School and Lausanne Collegiate School, both in Memphis, Tennessee.

He was a First-team Parade All-American in 2015. He also competed in the Nike Hoop Summit All-Star game in 2015.

He was born in Port-au-Prince, Haiti.

He was recruited to play for Kentucky by head coach John Calipari.

Skal Labissiere Is A Member Of