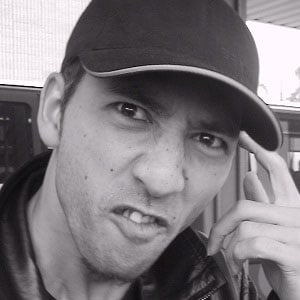 He once worked for a Dutch gaming publication titled Power Unlimited.

Born Richard Simon, he grew up in Breda, Netherlands, and later settled in Amsterdam.

He is a contemporary of fellow Dutch rapper Gers Pardoel.

Skate the Great Is A Member Of