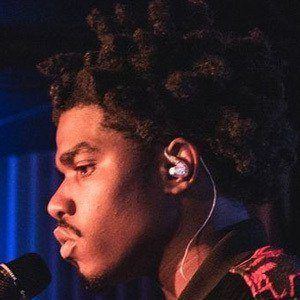 Rapper who first made waves as a solo artist in 2015 with the release of the EP's blkjuptr and S!Ck S!Ck S!Ck. He is a member of the Chicago-based hip-hop collective Zero Fatigue.

He grew up in St. Louis, Missouri and played drums in his local church band growing up. He was a member of the rap duo Young Dumb and Outta Control before going solo.

He supported rapper Mick Jenkins on the A Quest For Love Tour in 2016.

His real name is Chris Smith Jr. His mother was a singer and his father was a pianist. He is the cousin of singer Drea Smith.

He has frequently collaborated with Zero Fatigue producer Monte Booker.

Smino Is A Member Of