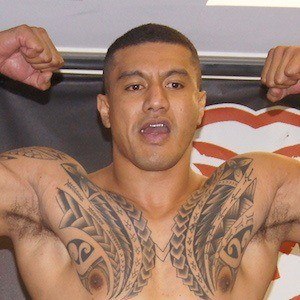 Retired mixed martial artist who is recognized for having competed as a heavyweight in the Ultimate Fighting Championship. Over the course of his career he logged a total of 27 fights with 22 wins.

He made his professional MMA debut in 2002.

In 2016, he published a collection of memoirs titled Face Your Fears.

He was cast in the Australian action film Son Of A Gun which starred Ewan McGregor.

Soa Palelei Is A Member Of