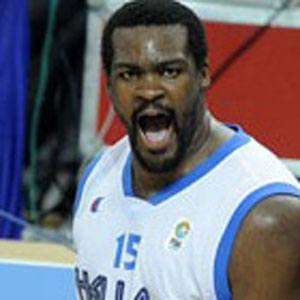 His first professional playing stint was with Iraklis Thessaloníki while he was still a teenager.

He won the bronze medal with the Greek national team at the 2002 Boblingen FIBA Europe U18 Championship, at the 2003 Thessaloniki FIBA U19 World Championship, and at the 2009 Poland FIBA EuroBasket, as well as a silver at the 2006 Japan FIBA World Cup.

He was born in Tiko, Cameroon.

He and Kosta Koufos played together on the national team at the 2009 FIBA EuroBasket in Poland.

Sofoklis Schortsanitis Is A Member Of