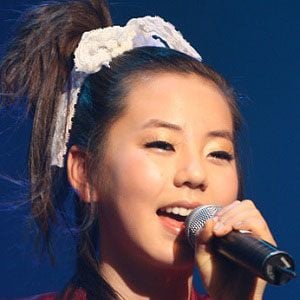 South Korean singer, dancer, and actress who performed as a member of the girl group Wonder Girls from 2007 to 2013. As a model, she has appeared in magazines like Vogue, Elle Girl and Cosmopolitan and was selected as a Tommy Hilfiger model in 2012.

She became a JYP trainee at age 12 following an audition process. After two years of training, she made her debut with Wonder Girls.

She tore a ligament in her knee after falling off a motorcycle during the filming of her first movie, Hellcats, in 2008. The injury sidelined her for a month.

Her full name is Ahn So-hee. She has an older sister named Soyoung.

She and Hyelim have both been members of Wonder Girls.

Sohee Is A Member Of