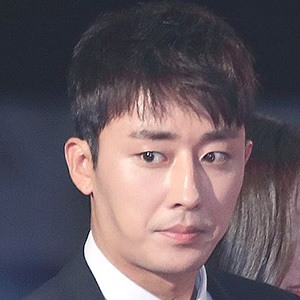 Actor and singer who first found fame as one third of the K-pop boy band Tachyon. Following the group's breakup, he transitioned to acting, starring on television shows like Confession Couple, Reply 1994 and My Secret Terrius.

He graduated from Songwon University and debuted with Tachyon in 2007.

He has appeared on several reality shows, including Youth Over Flowers and Three Meals a Day: Fishing Village.

He was born in Gwangju, South Korea.

He appeared alongside Jang Na-ra on Confession Couple.

Son Ho jun Is A Member Of