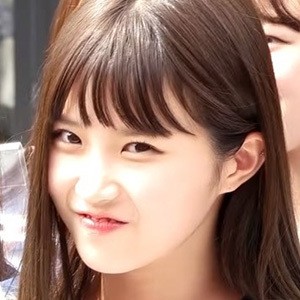 South Korean pop singer who is best known as a member of the girl group Fromis 9. Her group is known for songs such as "To Heart" and "The Way To Me".

One of Fromis 9's earliest releases was the 2017 single "Glass Shoes".

Her group appeared on the 2017 reality show Idol School.

She hails from South Korea.

She is a pop singer who comes from South Korea who is comparable to Park Ji-min.

Song Ha-young Is A Member Of