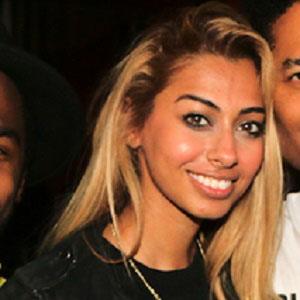 Talented singer and multi-instrumentalist who has toured with acts ranging from John Legend to Maxi Priest and collaborated with artists such as Matisyahu, Wyclef Jean and Michael Franti. She released an EP called Wild Hearts.

She was signed by Ne-Yo to his record label Motown Records after he discovered her online.

She is the voice of the theme song, "Strong," for the 2015 live-action feature film version of Cinderella.

She is from Kingsbury and based out of London, England, UK. Her parents Salesh and Uma were successful musicians as well.

Her EP contains a single called "You Won't Lose Me" that features Shaggy.

Sonna Rele Is A Member Of