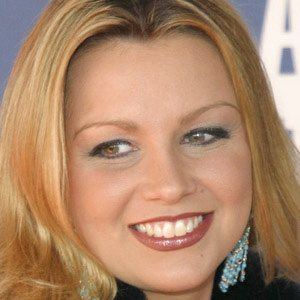 American country artist who has had many singles appear on the Billboard country music charts, including "No Regrets Yet."

She graduated from Little Miami High School in 1992 and grew up singing before she released her debut album in 2000.

She co-wrote Martina McBride's 2011 song, "I'm Gonna Love You Through It."

She married singer and songwriter Jimmy Yeary in 2009.

She partnered with Vince Gill while contributing guest vocals on Cledus T. Judd's cover of "Misty" in 2007.

Sonya Isaacs Is A Member Of