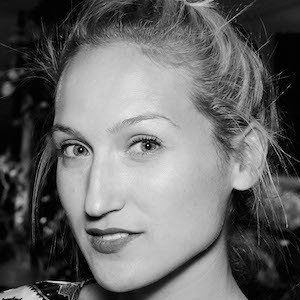 Best known for her eponymous fashion footwear line. She created the brand in 2012, and in 2013, was rewarded with the British Fashion Award for Emerging Accessories Designer, amongst a litany of other honors.

She initially studied art and sculpture at the Camberwell College of Arts. She discovered her interest in creating footwear there, and subsequently transferred to the London College of Fashion's Cordwainers' College. She obtained her master's degree from the Royal College of Art.

In 2013, following the creation of her eponymous footwear brand, she was named in The Times' New Power List as an up and coming mogul. She was subsequently named in 2014 to Marie Claire's list of 7 designers who represented the future of British fashion.

Her shoes have been worn by various celebrities, including Blake Lively.

Sophia Webster Is A Member Of