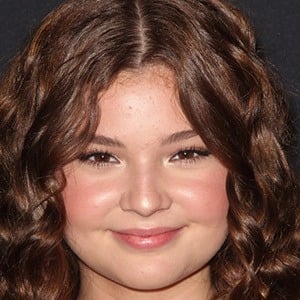 Teen actress who landed the titular role of the Disney series Fast Layne who was previously best known for her recurring part in the soap opera The Young and the Restless.

She began appearing in The Young and the Restless in 2011.

She stars alongside Brandon Rossel in the series Fast Layne.

Sophie Pollono Is A Member Of