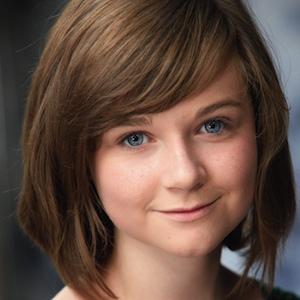 Actress best known for the playing the role of Tix in My Mad Fat Teenage Diary and Violet in the BBC mini-series Harriet's Army.

She made her debut in 2011 when she appeared in Little Crackers as Young Jane Horrocks.

She provided voice over for an abused child for an NSPCC Fundraising Campaign.

She was born in Doncaster, South Yorkshire, England. She has several pets, including guinea pigs, dogs, cats, and rabbits.

She appeared in My Mad Fat Teenage Diary alongside Ian Hart.

Sophie Wright Is A Member Of