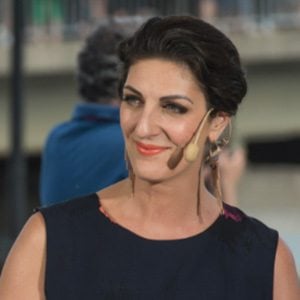 Swedish journalist who is known for her work as an anchor on a variety of TV4 programs. She is best recognized for her work on Nyhetsmorgon, Uppland, and the TV4 News.

She studied journalism and television production at Kaggeholms folkhojskole and later English at Uppsala University. She began her work at the Uppsala Student Radio and later began work on the TV4 program Gavle Dalarna in 2007.

In addition to her jobs reporting, she is also an actress who appeared in the 2010 feature film Among Us.

She was born in Uppsala, Sweden and was raised in Jarlasa. She married her husband in September of 2016.

She is known for having been on location to cover the wedding of Prince carl phillip phillip and Sofia Hellqvist in June of 2015.

Soraya Lavasani Is A Member Of