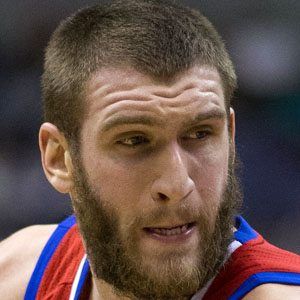 NBA center who entered the league with the Sacramento Kings in 2007; traded to the Philadelphia 76ers in 2010.

He played 1 year of college basketball at the University of Washington before declaring for the 2007 NBA Draft.

He debuted for USA Basketball in April 2006 as a member of the 2006 USA Junior National Select Team.

He was born to Jeff and Lisa Hawes.

From 2010 to 2012, he played alongside Andre Iguodala on the Philadelphia 76ers.

Spencer Hawes Is A Member Of