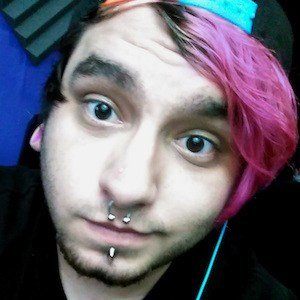 YouTube star and gaming expert known for featuring videos on Pokemon. His most popular videos include "A Pokemon Game With All Six Regions?," "Fairy Types: An In-Depth Look - Let's Talk Pokemon" and "My Pokemon Gym for Pokemon Sun and Moon."

He first joined YouTube as Speqtor in 2011. He worked as a dishwasher at a local restaurant before committing to YouTube full-time.

He took a break from YouTube to pursue music production and resumed in May 2014 with "Top 10 Pokemon That Deserve Mega Evolutions," which has racked up over 125,000 views.

His full name is Brandon Lee Royse, but he goes under his YouTube channel name Speqtor.

Speqtor Is A Member Of