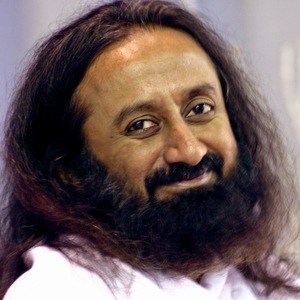 Indian religious leader and activist who is most well known as the spiritual leader and founder of the Art of living Foundation, which he created in 1981. He also established the charity, the International Association of Human Values.

He was born in Papanasam, Tamil Nadua, India.

He was awarded the Padma Vibhushan in 2016 by the government of India.

His parents are Visalakshi Ratnam and R.S. Venkat Ratnam.

He was invited to Iraq in 2007 by Prime Minister Nouri Al-maliki.

Sri Sri Ravi Shankar Is A Member Of