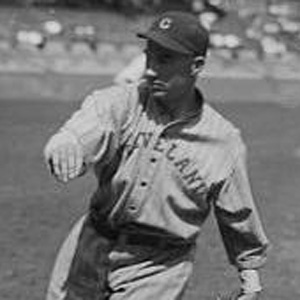 MLB pitcher for 14 years known for his spitball pitch. He compiled a 215-142 record with a career ERA of 2.89. The bulk of his career was spent with the Cleveland Indians, but he also played for the Philadelphia Athletics, Washington Senators and New York Yankees.

He was taught how to play baseball by his father, who also played professionally.

He was able to continue using his spitball even after baseball banned the pitch in 1920.

His first wife Mary died after seven years of marriage. He later married Frances Coveleski, with whom he had two children.

He spent his first year in baseball playing for legendary manager Connie Mack.

Stan Coveleski Is A Member Of