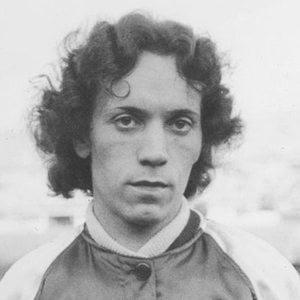 She began competing in athletics when she was in public school.

She won four gold medals at the Women's World Games.

After being killed at a bank robbery, an autopsy revealed that she had ambiguous genitalia.

She won gold at the Olympics in the 100 meter event, which was later popularized by Gail Devers.