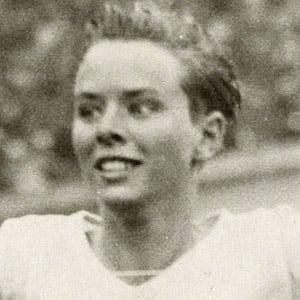 Canadian middle-distance runner who competed in the 1928 Summer Olympics, the first Olympics that included women's competitions.

She qualified for the Olympics when she was just 18 years old, and still in high school.

She came in fourth place in the 800 meter event at the 1928 Summer Olympics.

Her great-nephew, Russ Howard, was an Olympic curler.

Jenny Thompson Is A Member Of