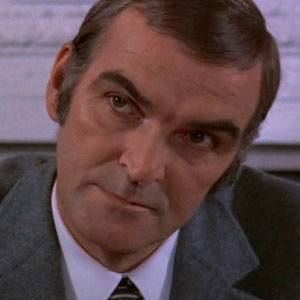 Notable for his roles in the 1950s films Hell Drivers, Violent Playground, The Angry Hills, and Yesterday's Enemy, he is also remembered for his work as a movie producer. After forming his Diamond Films company, he produced the 1964 Michael Caine film Zulu.

He appeared in his first film, Undercover, in his early teens and went on to perform with Richard Burton in a London West End stage production of The Druid's Rest.

A heavy smoker, he died of lung cancer in his late forties.

The son of a coal miner, he spent his childhood in Wales' Rhondda Valley. His marriage to Ellen Martin resulted in children named Adam, Glyn, Sally, and Martin.

He collaborated with director Joseph Losey on The Criminal, Blind Date, and several other films.

Stanley Baker Is A Member Of