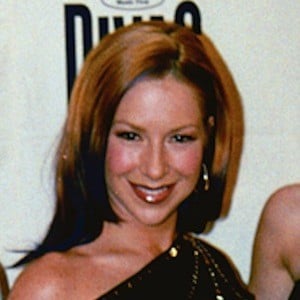 Cast member of the short-lived reality television program There Goes the Motherhood who is better known for being a member of the girl group Wild Orchid. She co-hosted the television show Great Pretenders.

She was part of a group called 5th Element that contributed to the soundtrack of Bratz: The Movie.

She has brothers named Mark and Chris Ridel. She has three sons with manager Ron Fair named Ellington, London and Rocco. They also have a daughter, Ella.

She made music with Fergie as part of Wild Orchid.

Stefanie Ridel Is A Member Of