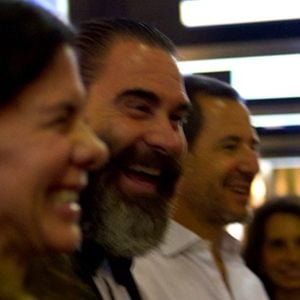 Photographer who is known for his portraits along with his international celebrity and style photographs. He is known for sharing both his personal and professional photography with his over 90,000 Instagram followers.

He first began taking pictures of dance and theater productions both on stage and off. In 1998, he founded his own photo agency called SGP. In 2015, he collaborated with Samsung to produce a book on the technological district of Milan.

In 2014, he took part in the series Scattastorie NX Generation, the first television talent series that focused on photography.

He was born and raised in Cremona, Italy.

He has photographed a variety of celebrities including Giorgio Armani, Francesco Sarcina, and Ton Heukels.

Stefano Guindani Is A Member Of