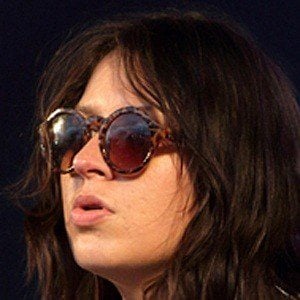 Best known as the drummer for the band Warpaint, she has also recorded with several musicians such as Regina Spektor and Kurt Vile.

She began playing the drums when she was thirteen.

She joined Warpaint in 2009, she was previously in a band called Mink.

She became good friends with bassist Flea and collaborated with him on multiple tracks for his EP Helen Burns.

Stella Mozgawa Is A Member Of