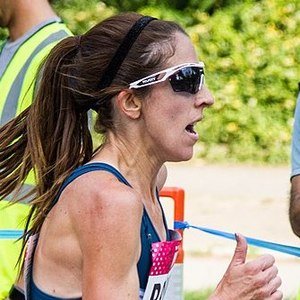 Professional long-distance runner who is sponsored by the companies Oiselle and Hoka One One. She runs for the team Northern Arizona Elite. She is also the co-founder of the company Picky Bars.

Born in Phoenix, AZ as the youngest to 3 older brothers. She moved to New York where she began running when she was 4 years old. She ran at Xavier high school and continued at UCSB for college.

She came in first place at the Big Sur Half Marathon in 2012 and the PF Chang's Rock n Roll 2013 Half Marathon. She also has a strong Instagram presence with over 90,000 followers.

She married fellow long distance runner and athlete Ben Bruce. They have a son together named Riley who was born in June of 2014.

With a sponsorship from Oiselle, she runs with fellow teammate Kara Goucher.

Stephanie Bruce Is A Member Of