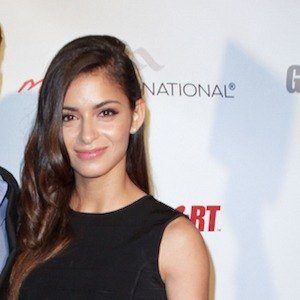 Most well known for her portrayal of Estefania in the popular Showtime comedy series Shameless. She has also been seen in the feature films The Girl Who Invented Kissing and Good Kids.

At only fifteen years old she began her entertainment career by joining the pop group Anthem. However, a year later, the group was dismantled, despite the possibility of a record deal with Sony.

She has guest starred in a number of popular shows including Big Time Rush NCIS, and Blue Bloods.

She moved to Florida with her family at the age of ten. She has a sister named Fay.

Stephanie Fantauzzi Is A Member Of