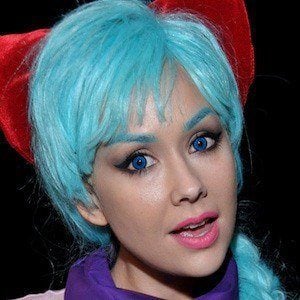 Cosplayer known for dressing up as anime characters. She is popular on Instagram with over 290,000 followers on her OMYSTEPHANIEMICHELLE account.

She joined Twitter, where she began establishing her social media following, in March 2010.

She has also garnered a sizable YouTube following to her Zilla308 channel. She has earned more than 220,000 subscribers there for her frequent cosplay-related makeup tutorials and vlog entries.

She was born and raised in Laguna Niguel, California.

She has called fellow cosplayer Kelly Eden one of her best friends. She posted the video "Happy Birthday Kelly Eden, My #sailorsister," to her channel on August 7, 2015 to celebrate her birthday.

Stephanie Michelle Is A Member Of