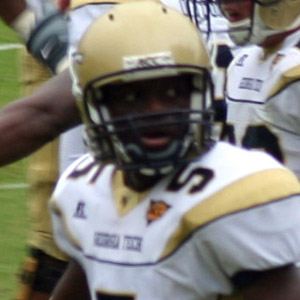 Wide receiver who debuted in the NFL for the New York Jets in 2012 after the team drafted him in the second round of the draft earlier that year.

He competed in football and track and field at Miller Grove High School in Georgia.

He racked up 1,248 receiving yards during his collegiate career at Georgia Tech.

He grew up in Tucker, Georgia.

Tim Tebow was his teammate on the Jets in 2012.

Stephen Hill Is A Member Of