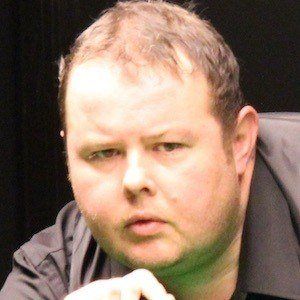 Professional snooker player who is known for his international accomplishments in the sport. Between 1998 and 2006, he won 4 ranking titles as a member of the World Professional Billiards and Snooker Association.

He turned professional in 1992 following his win at the English Amateur Championship. He first reached the Top 16 in 1996.

In 2012, he finished as both the runner-up of the World Open championships and the winner of the Players Tournament Championship Final. That same year, he was suspended for 12 years from the World Snooker Association (WSA). He was found guilty of match-fixing charges, and the suspension was set to run until October 2024.

He was born and raised in Trowbridge, Wilshire, England. He married his wife, Laura, in 2005. The couple have had four children together.

He faced Ding Junhui in the Asian Players Tour Championship 2nd event in 2012.

Stephen Lee Is A Member Of