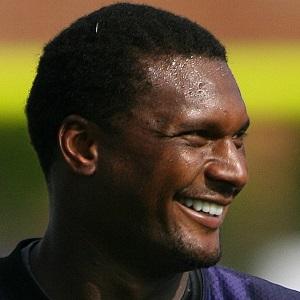 Quarterback who was named NFL MVP in 2003 and compiled 31,304 passing yards and 174 touchdowns over the course of his career, spent mostly with the Tennessee Titans. He was tragically killed by his mistress in 2009.

He played at Alcorn State University, where he finished third in the Heisman voting in his senior season.

He led the Tennessee Titans to their first Super Bowl appearance following the 1999 season. The game ended with Titans receiver Kevin Dyson coming up one yard short of a game-tying touchdown.

His wife was Mechelle McNair; he left behind two sons, Tyler and Trenon, following his death.

He shared the NFL MVP award with Peyton Manning following the 2003 season.

Steve McNair Is A Member Of