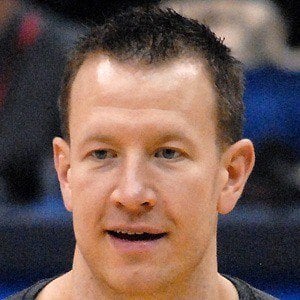 NBA forward known for his 3-point shooting abilities, began his career with the Houston Rockets in 2006 then went on to play for the Los Angeles Clippers, Dallas Mavericks, New York Knicks and other teams.

He led the NBA in 3-point percentage during the 2011-12 season as a member of the Knicks.

He married Christina Novak, whom he met during his time at Marquette. He has a son named Mack.

He played in the Final Four as a freshman at Marquette alongside future Miami Heat star Dwyane Wade.

Steve Novak Is A Member Of