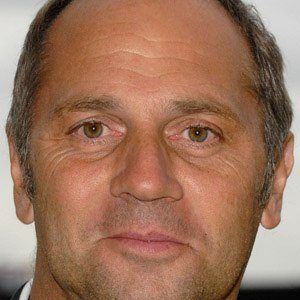 Five-time Olympic gold medalist for rowing who represented England at the games from 1984 until 2000.

He was in the World Championships for indoor rowing.

He competed in rowing in spite of his illness, ulcerative colitis.

He and Bradley Wiggins are two of the most decorated Olympians from England.

Steve Redgrave Is A Member Of