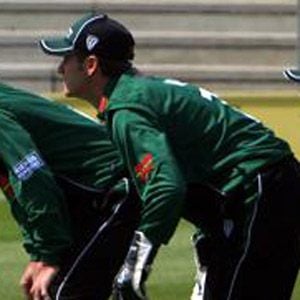 Wicket-keeper who made his senior career debut in 2004 for Worcestershire, and joined Surrey in 2010; the first openly gay international cricket player.

He attended King Charles I school, and began playing youth cricket for Wercestershire in 2001.

He was born and raised in Bromsgrove, Wercestershire, where he began his career.

In 2009 he joined England's test squad at the praise of Geoff Miller, England's chairman of selectors.

Steven Davies Is A Member Of