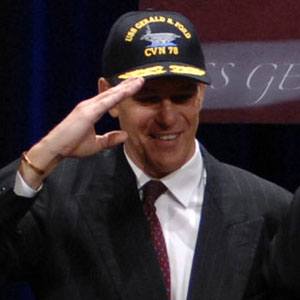 Though he is best known as the son of 38th United States President Gerald Ford and First Lady Betty Ford, he also had a career as an actor, playing the role of Andy Richards on the CBS soap opera The Young and the Restless.

He had small roles in such films as When Harry Met Sally... and Transformers.

A native of East Grand Rapids, Michigan, he attended high school in the Washington, D.C. area while his father, Gerald Ford, was in office as U.S. President. He grew up with two older brothers (Michael and John Ford) and a younger sister (Susan Ford).

He was the original choice for the role of Tom Chisum in the 1978 movie version of Grease; however, he decided not to take on the project and was replaced by Lorenzo Lamas.

Steven Ford Is A Member Of