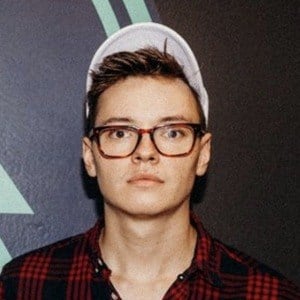 Minecraft gaming commentator and animator known as mlgHwnT who joined ZexyZek, MigMacNation, and others the collaborative channel, Team MVG. He later created the Sugar Pine 7 channel, which went on to amass over 1 million subscribers.

He has created animated series called "To Kill a YouTuber" and "Wild Adventures."

Originally from Illinois, he moved to California in February of 2015. He's engaged to be married to Alyssa Terry.

Steven Suptic Is A Member Of