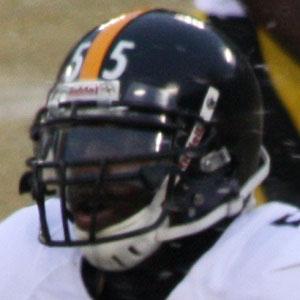 Linebacker who made his NFL debut in 2010. He helped the Pittsburgh Steelers win the AFC championship his rookie year.

He played college football at the University of Utah, where he was a captain.

He was selected by the Steelers in the 5th round of the 2010 NFL draft.

His father is Worrel Sylvester, and his mother, Angela Levi, was a college basketball player.

He was part of a Steelers 2010 draft class that included wideout Emmanuel Sanders.

Stevenson Sylvester Is A Member Of