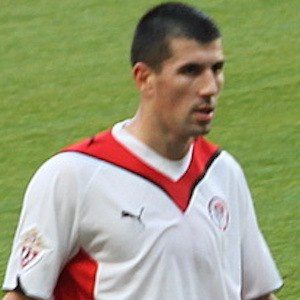 Yugoslavian-born Macedonian international striker who's spent much of his career in South Korea's K-League. He also spent two years in the Russian Premier League with Amkar Perm.

He played youth soccer for FK Vrsac before making his professional debut in 2003 with Sileks of the Macedonian First League.

After gaining Macedonian citizenship, he earned 17 caps for the national team between 2007 and 2012.

He and Goran Pandev played together on Macedonia's national team.

Stevica Ristic Is A Member Of