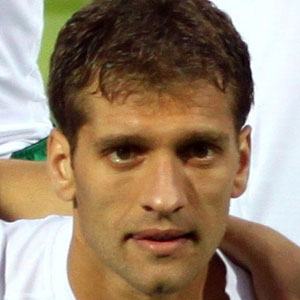 Bulgarian midfielder who played for Aston Villa from 2006 to 2013. He won four Scottish Premier League titles with Celtic FC from 1999 to 2006.

He made his professional debut with CSKA Sofia in 1996.

He made over 450 appearances and scored 70 goals in his 17 professional seasons.

He had two sons, Kristiyan and Stiliyan, Jr, with his wife Paulina.

He was teammates with Shay Given during his last two seasons with Aston Villa.

Stiliyan Petrov Is A Member Of