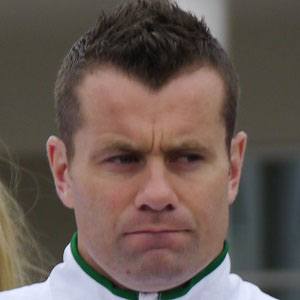 Republic of Ireland goalkeeper was twice named the FAI Senior International Player of the Year in 2005 and 2006.

He began playing in the Celtic F.C. youth system at age 15.

He had a 12-year stint with Newcastle United and also played for Manchester City before signing with Aston Villa in 2011.

He married Jane Cunningham in 2001; the couple had two children together.

Shay Given Is A Member Of