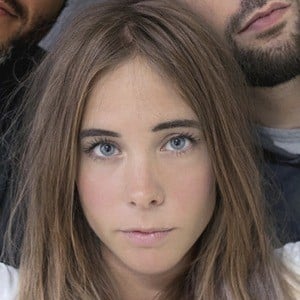 One third of the Swedish musical group NoNoNo. She serves as the group's lead singer. NoNoNo released their debut album, We Are Only What We Feel, in 2014 with Warner Music.

Before finding success with NoNoNo, she studied psychology at the University of Brighton. She also worked as a psychiatric nurse for patients with mental disorders.

The NoNoNo single "Pumpin Blood" peaked in the top 100 charts in Austria, Germany, and Switzerland. The single also made it into the top 100 on four different US charts: alternative, pop, rock, and adult.

She was born and raised in Stockholm, Sweden.

The other members of NoNoNo include Michel Flygare and Tobias Jimson.

Stina Wappling Is A Member Of