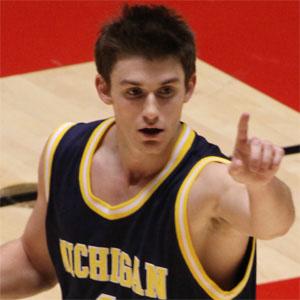 Shooting guard who made his professional debut in 2010 for Spain's Basket Navarra Club.

He played college basketball at the University of Michigan, where he was a co-captain his final two years.

After a year at Navarra, he joined the Israeli Super League team Hapoel Gilboa Galil.

He was born in Indianapolis, Indiana.

He is one of many Americans of his generation - including Gary Forbes - to play professionally in Israel.

Stu Douglass Is A Member Of