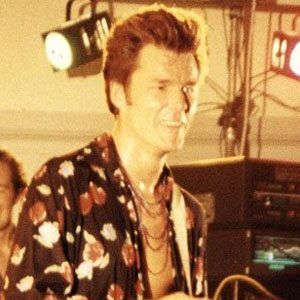 Scottish guitar virtuoso known for leading the bands Big Country, The Raphaels, and The Skids.

His first band was called Tattoo and it included his friends from school.

He is considered to be the Scottish counterpart of .

His family moved from England to Scotland when he was four years old.

His music has been covered by many artists, including Bono and U2.

Stuart Adamson Is A Member Of