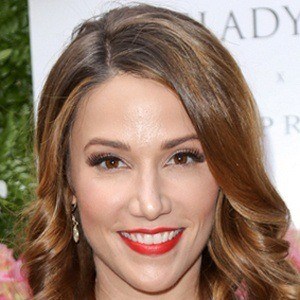 Host, blogger and actress who rose to fame through her hosting duties with Ovation TV, Dirty and Thirty, The Wrap and more. She is the author of the lifestyle and pop culture blog Stuart Says.

She earned a B.A. in broadcast journalism from the Roy H. Park School of Communications in 2003.

She won a Telly Award for Best Lead Actress in a commercial in 2015.

Her husband proposed to her during a fake acting audition that was later posted to YouTube. She has sons named Asher and Xander.

She has interviewed celebrities like Kevin Bacon during her time as an entertainment reporter.

Stuart Brazell Is A Member Of